25 Years and More Clients Purring Than Anyone

“I consulted Mieshelle for my 4 month old kitten Bun Bun. When we got her, it was like she had never used a litterbox. She was peeing/pooping on the carpet, on the bed, on the bathroom floor…I was having to do laundry every single day. I was at my wits end. I did extensive research to find a solution…cat forums, books, youtube videos, etc. I tried everything…different boxes, litter types, etc. She was traumatized every time I would attempt to even place her in the box. Within one week of consulting with Mieshelle, she had fixed our problems. Bun Bun hasn’t had a problem in over 6 weeks. She also helped us integrate a second kitty. Her tips/tricks helped the kitties love each other before they even met.  I 100% recommend Mieshelle!”   Dr. Midori Higashi – United States

“Friendly, professional, and genuine are only a few words to describe Mieshelle and her staff at The Cat Behavior Clinic.”  Cindy Lorenzo – United States 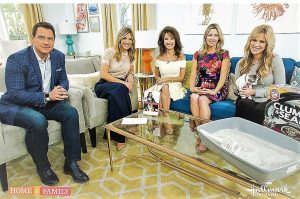 The Proof is in the Purr – Over 350 Client Testimonials